Celebrities and their private number plates

Aside from businessmen and royalties, celebrities are the most reliable customer of the private number plate industry. The inherent narcissistic personality of every performer will typically compel them to acquire personalised number plates that will let them stand out from the crowd. With that in mind, we’ve compiled below a short list of the most unique number plates used by British celebrities. 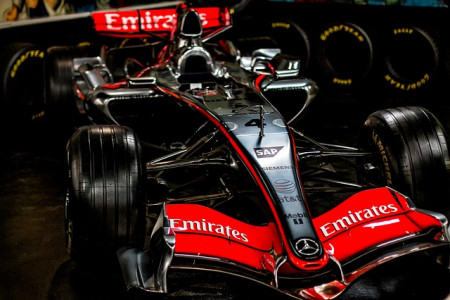 This is actually a rather sad story. As reported by The Sun, the former world WBO middleweight and super-middleweight champion was seen driving around his Bentley in Savile Row, London, with the impressive number plate. Alas, it was a fake. Eubank was literally driving with a made up personalised number plate which would have invalidated Eubank’s road tax and insurance. If he had been involved in an accident, he would’ve landed in jail. Small price to pay, apparently, as long as he can drive around with a cool personalised number plate.

Apprentice star, business mogul and loving friend of Piers Morgan owns AMS 1, which has been regularly switched between his collection of Bentleys and Rolls-Royces. The cherished plate, which bears his full initials, is rarely used publicly though these days.

Five-time Formula One champion Lewis Hamilton has a fabulous personalised plate – LWE 1S. Such as shame though that he’s using the £200,000 plate in Switzerland, where he has been living for over a decade (don’t ask – it’s a tax thing).

Rather than spending (probably) millions buying a private plate mirroring his first name, the Leicester and England striker just made do with a compressed acronym – J for Jamie, 9 for his shirt number, VDY for his surname. It actually turned out pretty well.

Chelsea owner and Russian oligarch Roman Abramovich paid £285,000 to acquire the storied VIP 1 plate, which at one time was even used for the visiting Pope John Paul II during a state visit to Ireland in 1979.

Humperdinck once famously turned down a £2 million offer for this plate from a Middle Eastern buyer. He’s been regretting the decision ever since, but still takes pride in the fantastic personalised plate.

Do you know the cherished plates of other celebrities not listed here? Drop us a line!